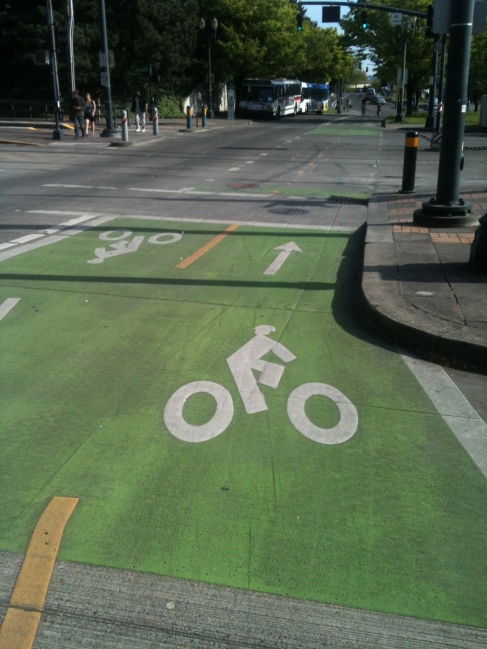 I was happy to contribute some of the NZ$470m in cycle tourism income to the state of Oregon recently. I was there to check out their world famous cycling infrastructure and was not disappointed.

Regularly winning the award for most cycle-friendly city in the United States, Portland recorded a 3.3 percent growth in cycle trips last year, maintaining an upward trend over the last two decades. They still have a long way to go in a nation obsessed with private vehicle use, but have transformed the city in a relatively short time thanks to strong public support, innovative engineering and proactive political leadership. 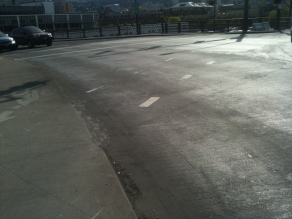 I visited the team at Bicycle Transportation Alliance, a local advocacy group committed to raising cycle trips to 25 percent of all travel in the city. BTA provides publicly funded cycle education services for schools and community groups, helped develop the city’s ‘Blueprint for Better Biking’ and supports local Bicycle Advisory Committees, similar to the Gisborne Cycling Advisory Group working with Council, NZTA and other stakeholders to improve transport infrastructure and policies. It’s not just about cycle lanes, but about how intersections are planned, bridge-crossings connected with roads and ensuring roads are shared with courtesy by both cyclists and motorists.

Elemental, a Portland technology company with 90 staff, is saving over $170,000 a year in parking costs alone by encouraging employees to use bicycles and public transport. CEO Sam Blackman said bike benefits are becoming essential to local tech companies as they scramble for talent. For his business, which recruits world-class engineers so they can compete effectively on a global stage, ‘the cycling city’ is a hugely powerful recruiting and retention tool. They move people from all over the country to Elemental and the fact that they can show them the great bike culture is “very, very valuable” in their willingness to uproot their family and move to Portland. 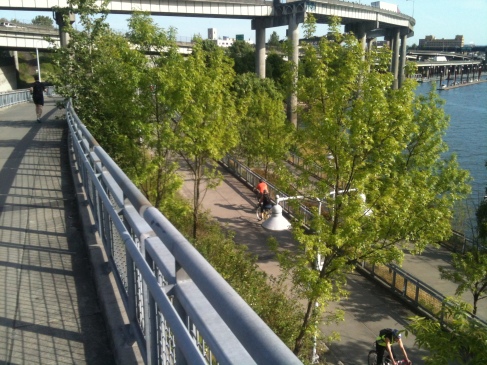 So the cycling infrastructure projects we are seeing around Gisborne shouldn’t be viewed simply as tourism opportunities or just for existing residents, but as an investment in making Gisborne a more liveable and attractive place for talent to reside – particularly as fuel and health costs continue trending upwards while technology allows entrepreneurs to work from anywhere.

Instead of fatalistically designing roads for cars and trucks, we need to be designing roads that meet our shared goals, things like walkability, encouraging local businesses and sustainable energy use. In other words, we could plan for what we want to happen, not what we think is going to happen whether we like it or not. 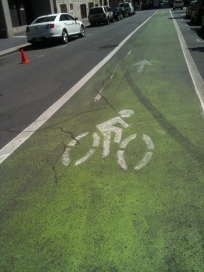 Portland hasn’t always been cycle-centric. In the 1970s there was a strong emphasis in the city on distributing power away from the old model with City Hall and a few business interests having the control of development and democracy moved into the neighbourhoods. Residents groups were given responsibility for local planning and some public services and while into the 1980s there were still very little cycling infrastructure, this empowerment of public participation though citizen committees (and a cycling Mayor) resulted in plans by 1990 for a new network of cycleways. There is a great animation showing the city with hardly any cycle ways in 1980 to the massive network today.

Over the past 15 years, a 400 percent increase in cycle traffic has been recorded on the main commuter routes. This has a resulted in an estimated 700 jobs in the cycling ‘industry’ and as a local newspaper reported while I was there, with $1.2m daily spend on cycling-related travel in the state, “Cycling’s not just hip and healthy; it’s becoming big business in Oregon.”