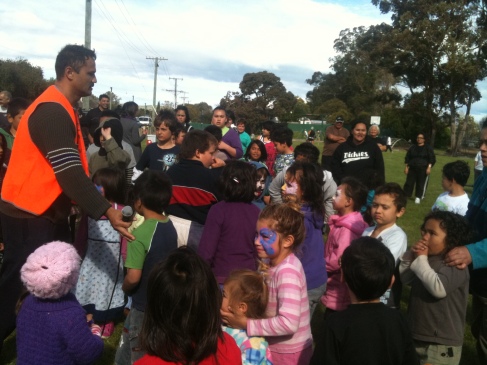 While the Cycle and Walkways have consistently been the most popular of the Major Projects in the Council’s Ten Year Plan, the Navigations Project has been one of the least popular and most controversial. Both projects are arguably about ‘placemaking’ and economic development – cycleways focus on making the city a more attractive, healthy and liveable city, the Navigations Project is more about telling local history stories to locals and visitors.

Research recently published by an initiative called the Project for Public Spaces and promoted by the Institute of Public Governance at the University of California Berkeley has explored the links between placemaking and economic growth in communities.

The research suggests creation of great public spaces is good for the economy, but only when it’s truly community-driven, open and inclusive. The more attached to a place local people are, the higher a city or region’s economic activity: “Placemaking, in other words, is a vital part of economic development.” True placemaking involves an open process that welcomes everyone who wants in, which provides the opportunity for residents — who may or may not know each other — to share ideas and be heard.

“The end result should be a space that’s flexible enough to make room for many different communities, and encourage connections between them.” Or, the flip side:  “If Placemaking is project-led, development-led, design-led or artist-led, then it does likely lead to… a more limited set of community outcomes.”

The success of the cycle ways and inner-harbour development will depend on the level of ownership we all have in the planning and implementation of both projects.

The study also argues that communities can change governance for the better “by positioning public spaces at the heart of action-oriented community dialog, making room both physically and philosophically by re-framing citizenship as an on-going, creative collaboration between neighbors. The result is not merely vibrancy, but equity.”

Gisborne District Council has not had a great history of fostering public participation in planning and decision-making, usually opting for the minimum required. In fact the Consultation Policy adopted in 2008 specifically excluded citizen empowerment from the continuum of public involvement.

“Place Governance” on the other hand is a process by which decisions about places are made not from the top down, but by a collaborative process involving everyone. The Gisborne Fresh Water Advisory Group is a move toward this approach as it involves a wide cross-section of the community. However the FWAG falls short of real Place Governance because it is an exclusive group of organisations, meetings are not open to the public and the process is still controlled by Council.

The key actors in a Place Governance structure are not official agencies that deal with a few prescribed issues, but the people who use the area in question and are most intimately acquainted with its challenges. Officials who strive to implement this type of governance structure do so because they understand that the best solutions don’t come from within narrow disciplines, but from the points where people of different backgrounds come together.

I know some residents along the Taraheru River are concerned about how a boardwalk from Campion College to Grey Street may impact on the views, river access, tranquility and largely unspoiled riverfront they currently enjoy. While this project is on hold for the time being it will be essential for the residents, river users, iwi representatives, walkers and cyclists to work through how we can best utilise the public spaces along the river as this project proceeds. And I’m confident Council will ensure that happens.