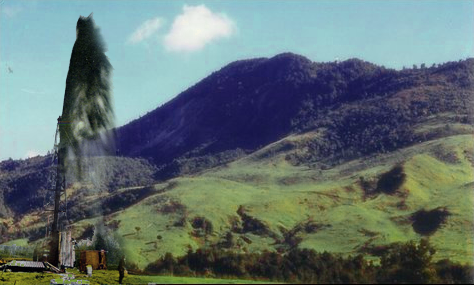 Gisborne District Councillor Manu Caddie has welcomed the interim report on fracking by the Commissioner for the Environment.

Mr Caddie said he was pleased Commissioner Dr Jan Wright had repeated a number of concerns raised by local residents. “Many ordinary people have raised these same issues and been dismissed and belittled, not only by the industry and politicians but also by local critics who think they know better.”

The report says a list of questions ‘need to be asked and answered’ in relation to the specifics of the East Coast situation. “The report’s revelation of previously secret legal advice to Taranaki Regional Council suggests councils would be in violation of the Resource Management Act if plans continued to omit rules related to discharge of fracking reiterates the need for an urgent review of the Combined Regional and District Plan for Gisborne” said Mr Caddie.

“This should be enough for the Minister to reconsider his proposal to accelerate petroleum development on the East Coast” said Mr Caddie. “Let’s take it slowly and see what happens with the permit areas that have already been granted to the Canadian companies. The PCE makes it clear that oil rushes are not good for the host communities.”

Mr Caddie said he is satisfied with Dr Wright’s assessment that the environmental impacts of hydraulic fracturing may be managed at an acceptable level of risk and appreciates that the PCE is reserving the right to call for a moratorium once she has completed her investigation into regulations.

“Not knowing who is responsible for well integrity seems like a pretty fundamental problem already identified by the PCE and the kind of ambiguity we saw contribute to the Deepwater Horizon and Pike River disasters.”

Mr Caddie said the PCE and government seemed to be at odds on industry claims that everything is fine and New Zealand is a world leader in fracking regulation.

“Given the lack of confidence the PCE has in the current rules and plans, I look forward to her final report that will make recommendations to ensure we don’t see a continuation of the cowboy approach taken by at least one regional council and an over-enthusiastic central government.”

At the end of the day, local communities will decide what is appropriate for them and local regulators will rely on these kind of ‘expert’ reports to inform local decisions. For this reason Mr Caddie is disappointed many of the issues explored in the report seem to end half way through the investigation – the section on well construction and completion is a good example of this. “I have spoken to the PCE staff who say further evidence and analysis of the issues will be included in the final report as this was all they could do to date.”

Mr Caddie said the ‘contribution to climate change’ section clearly needs more work. “The PCE says climate change is the biggest issue facing the world then implies we don’t need to be concerned if New Zealand exports all fossil fuels because they won’t impact on our greenhouse gas emissions.”

The report quotes a range of studies, experts and news reports but neglects to provide a systematic assessment on the validity of competing claims. For example the PCE quotes a recent Cornell University report suggesting fracking produces more greenhouse gas than coal and cites criticism of that study but provides no suggestion on what the most likely emissions scenario is.