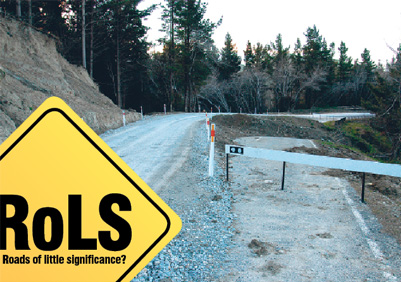 A three year road funding commitment for the Gisborne District has been compared to the washouts plaguing the region at present.

“With more than $400,000 per year cut from the roading programe, this announcement leaves some big potholes in our road maintenance budget” said Regional Transport Committee member Manu Caddie.

Mr Caddie says the Government has cut funding to the region and ratepayers could end up footing more of the bill to maintain local roads.

“There is little in this package to ‘bolster’ Gisborne’s economy – while road maintenance and repair costs are going through the roof and ratepayers are struggling to make ends meet the District doesn’t even to get to keep what it had, we are getting less than last year!”

Mr Caddie pointed to a study presented to the Regional Transport Committee early this month that showed there was little if any economic benefit to be expected from increasing truck sizes on Gisborne roads.

Mr Caddie said while the Regional Transport Committee ended up supporting the funding bid to NZTA it did so largely because Gisborne District Council was told the amount put forward was the maximum the region had any chance of securing under current Government policy.

“It is good to see cycling and walkways made the cut but if you read the fine print, they are only going to be funded if the major project to allow bigger logging trucks to run from Tolaga Bay through the city to Matawhero costs no more than is budgeted for.”

“Regional roads are essential to the economic wellbeing of the District and the country, which is why our Regional Transport Committee is joining other provincial roading authorities and councils to call on the National-led government to drop its commitment to the seven Roads of National Significance. A few roads in the big centres are sucking so much money that the Government has not only taken funds off the regions but is borrowing more overseas to pay for them.”