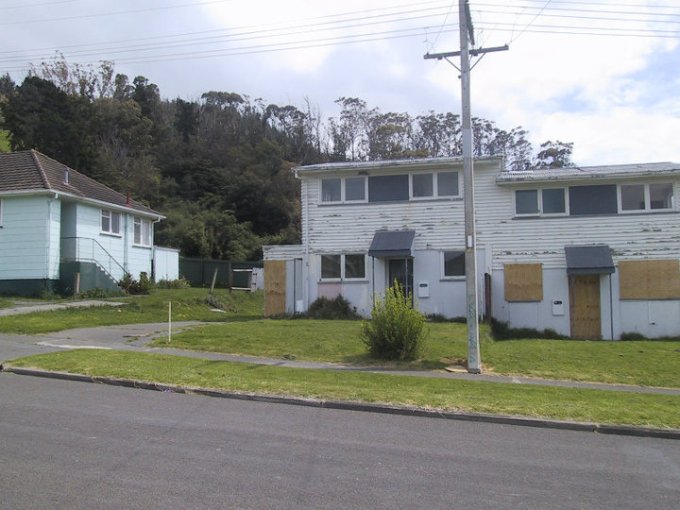 Gisborne District councillor Manu Caddie says he is frustrated with the way Housing New Zealand is neglecting properties and treating tenants in his neighbourhood.

“I have counted a dozen empty homes in our area while Housing NZ say they have a waiting list. The corporation have made it clear they want to sell homes in our area and they are retreating into very narrow criteria for eligibility.”

“It is a vicious cycle of landlord neglect reducing the appeal of the area which leads to less tenants and more empty houses” said Mr Caddie who helped re-establish the Tairawhiti Housing Advisory Group focused on social housing issues.

Mr Caddie has been working with the national social housing organisation Community Housing Aotearoa on a housing needs assessment project for the district.

The Minister of Housing recently scrapped a number of social housing initiatives and established a Social Housing Unit focused on shifting Housing NZ tenants to properties owned and managed by private organisations.

Mr Caddie says he is concerned about a number of tenants who have lived in the same state house for three generations and are now likely to be moved on. When Minister Heatley met with the Tairawhiti Housing Advisory Group earlier in the year he explained his intention to start means testing long-term tenants with a view to getting out all but those in the most extreme need. “That might make sense in Auckland where the demand is greater but local Housing NZ staff have said we have very few families in housing crisis so the logic doesn’t stack up at a local level.”

Mr Caddie believes recent examples of homeless local families that made it into the media are just a fraction of similar cases that go unreported. “Our country has a looming housing crisis and we are not prepared for it. The statistics are very scary and the government response quite inadequate. We need 70,000 new homes not 1,400 – and the social housing sector will not be able to generate the income the government expects it to by passing over responsibility to private organisations.”

Mr Caddie knows of one situation where a disabled tenant asked for a ramp to be installed at their Housing NZ property of over 30 years only to be told that it was not an option and they would need to look at shifting to a different property. “So for $500 or whatever a wooden ramp costs, the Corporation will disconnect that family from all the memories and sense of belonging associated with that home?!” asked Mr Caddie.

“The corporation is obviously trying to move tenants out of properties in Gisborne so they can be sold and the proceeds used to build part of a new house in Auckland. If they supported their tenants into home ownership or gave priority to first home buyers we could live with that – but selling them to property speculators and absentee landlords does nothing for building a healthy neighbourhood with residents who have enough invested to stick around” said Mr Caddie. “We’re also looking at options for locals to own any properties disposed of by Housing NZ.”

Mr Caddie is asking around the neighbourhood to find out who was involved in the theft.