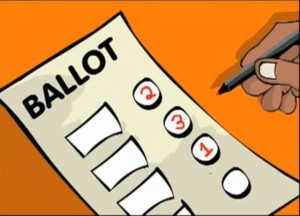 In his defence of the status quo on 7 September a fellow Councillor suggests he would like to have access to more information on the case for STV as the preferred voting system.

Mike Reid who presented information to Council works for Local Government New Zealand, not the Society of Local Government Managers. His presentation was not “biased”, it presented the facts on the statutory process for representation reviews and the various options available to all councils. Some councilors took issue with the legislative requirements and chose to criticise the presentation but Mr Reid was simply delivering the message we all need to hear so we properly understand the process and spectrum of options available.

My colleague asked for more evidence on the benefits of the Single Transferrable Vote, I suggest a good starting point for anyone interested is the 2007 report “Improving the Representativeness of Councillors: An International Literature Review” by Rao, N., Grayson, L. & Young, K. The paper documents how STV has contributed to improving the participation of women, young people and ethnic minorities in local government leadership but cautions that changing the voting system is only one of many factors contributing to more representative governance. And considering all the evidence, the authors recommend the UK adopt a proportional voting system for local government to replace First Past the Post.

Another useful source of evidence on the benefits of STV is ‘Empowerment or encumbrance? Exercising the STV option for local authority elections in New Zealand’ by Massey University Professor Christine Cheyne and Associate Professor Margie Comrie (2005). The authors conclude:

“STV has the potential to make our local authorities more representative of the communities you serve. It increases the likelihood that those communities within our society that feel isolated and marginalised from mainstream political life will have the opportunity for direct participation. That can only enrich the nature of political life in this country and strengthen the foundations of our democratic institutions.”

My colleague claims that STV wouldn’t be used in rural wards because “STV relies on more than one person to be elected and so our rural wards, which are represented by one person, would continue to be FPP”. I’m not sure where this idea is coming from as the Wellington mayoral race last year is just one example of STV working in an electorate with only one elected representative. Celia Wade-Brown won the election in the final round of the instant runoff count. She was ranked ahead of Kerry Prendergast on a significant number of ballots from the four trailing candidates after they were eliminated, which allowed her to overcome Prendergast’s lead after the first round of counting. The electorate got the Mayor that was most preferred.

One of Mr Reid’s most interesting revelations during his presentation to Council was that many councils have used independent panels drawn from respected local residents to make recommendations on representation arrangements. It sounds like this would be a useful way to avoid any claims of a conflict of interest or self-preservation and such a panel would no doubt deliver recommendations as robust as anything we councillors might come up with.

STV does have serious limitations and weaknesses, but if the outcomes of what the voting system delivers is most important then the people who have studied it more than most us all seem to conclude that at a local government level STV is superior to FPP.