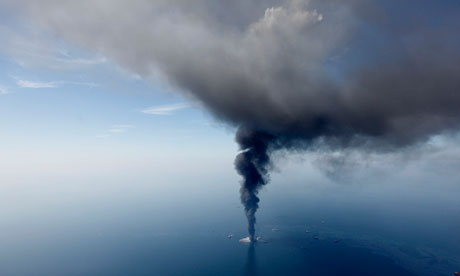 A high ranking for New Zealand in the Fraser Institute survey that Acting Minister of Energy and Resources Hekia Parata has been celebrating is nothing to be proud of. If any of the news agencies had bothered to read the survey instead of reprinting her media release they would have read what questions were asked of the industry respondents and what their answers were.

Basically jurisdictions (8 of the top 10 are states of the USA) get high rankings if they have comparatively low levels of royalties and taxes being paid to government, a ‘flexible’ and unorganised labour market and a permissible regulatory regime that does not impose additional costs on the companies. A good example of the latter would be signing off a permit to drill an exploratory well with no requirement to present an Assessment of Environmental Effects, emergency response plan or other health and safety information as Minister Brownlee did for the Raukumara Basin.

New Zealand’s score was no doubt boosted by the certainty factors around the predictability of the regulatory environment, the stability of the government and judiciary and wider socio-economic indicators – we should be proud of these particular factors that also make investment that is environmentally and socially responsible here more attractive.

“Disputed land claims—the uncertainty of unresolved claims made by aboriginals, other groups, or individuals” is one of the 17 factors the survey covers and the labour market questions the ‘militancy of labour’ and ‘local hiring requirements’. In other words, petroleum investors do not like the idea of indigenous people disputing ownership rights in areas like the EEZ that have not been tested in court, do not like strong unions and want to be able to hire the cheapest labour they can from anywhere in the world.

The jurisdictions that tend to do worse in the survey rankings are those that have stronger environmental regulations, more protected wilderness areas, fairer employment legislation and a bigger cut of the profits from resource extraction actually staying with the country the resources are taken from!

Feedback from the industry representatives who completed the survey include comments like: “Excellent investment conditions but difficult geology” and the $4m taxpayer subsidy for geotechnical data provided to the petroleum industry is also noted: “Great fiscal terms, political stability, and free and full access to all geoscience data.”

In any case, as a regular publisher of dubious ‘reports’ encouraging skepticism about the contribution of human activity in climate change, the risks of smoking and problems associated with nuclear energy, the Fraser Institute can hardly be considered an independent source of research. The organisation is well known in Canada as an extreme right wing lobby group, receiving hundreds of thousands of dollars from oil companies like ExxonMobil and Koch Industries, the company fined $30 million by the EPA for its role in 300 oil spills that resulted in more than ten million litres of crude oil leaking into ponds, lakes, streams and coastal waters.

So the report is just a glossy whine from the oil and gas lobby. We already know that mining corporations wouldn’t care at all about the environment if citizens and government didn’t force them to. The fact that they’re whining about it is not news.