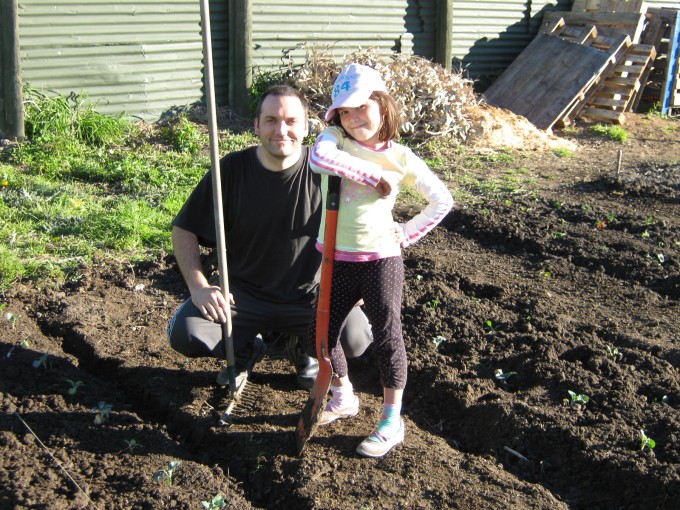 New city ward councillor Manu Caddie grew up on a farm on the edge of Tauranga where his parents bred mohair goats, raised bobby calves and had market gardens that mostly grew courgettes, capsicums and gherkins.

“My dad wasn’t a huge conservationist – he would “accidently” step on pukeko nests and battling the rushes and draining our swampy flats was a constant battle we all participated in.”

After leaving school Manu studied and then taught design at Victoria University in Wellington. He met his wife Natasha Koia in 1995 and they moved to Gisborne in 1998 to care for her grandparents.

Since living in Gisborne Manu has been active in community organising with a focus on the Kaiti area and the family are also involved with Tarsh’s marae at Makarika just south of Ruatoria.

“We’re just going through the process of sorting out how to build up there and we have meetings every month to develop the marae and surrounding area.”

The marae recently established a maara kai (community garden) with fruit and nut trees as well as seasonal vegetables. They have a WWF funded project focused on the health of the local stream and have been working with Makarika School to monitor the impact of the construction work to replace the old bridge across Makatote Stream.

The range of environmental issues Gisborne District Council deals with has been something of a revelation for Manu.

“I have a background in activism and I bring those advocacy skills to the role of councilor. I choose the important stuff to take a stand on and recognize that there is a lot at stake on many decisions Council makes. Most of us have quite unsustainable lifestyles – our district has a few people who still live in ways that have minimal impact on this finite planet but the rest of us do not.”

“The natural environment doesn’t get a vote and as a result we’ve seen generations of legislation, policies and practices that have led to the complete extinction of many species. Humans are slow learners with short memories and our priorities in New Zealand seem all around the wrong way.

Consumer capitalism requires continual growth in a finite system, that is unsustainable. We think because we happen to be born here or have the privilege to move to this country we can consume at a rate that will require another couple of planets if other countries decide to live like us.

In the Gisborne District we have an opportunity to transition to a sustainable economy, but at present there is very little discussion about what that would require, let alone much motivation to move in that direction. Energy issues, land use, transport, mineral extraction, waste creation and biodiversity protection are all critical to the survival of our species and many others, and our daily decisions at the personal, household and community level are determining what kind of future we offer our kids and the world they inherit – I’m not very optimistic but I have enough faith in our community to believe a better direction is achievable in my lifetime.”

Manu is a member of the Environment & Policy Committee, the Hearings (Resource Management Act) Committee, Community (& Economic) Development Committee, Regional Transport Committee as well as Civil Defence. He recently completed studies toward the qualification to become a Commissioner on RMA hearings and is eagerly awaiting results from the final assessment!