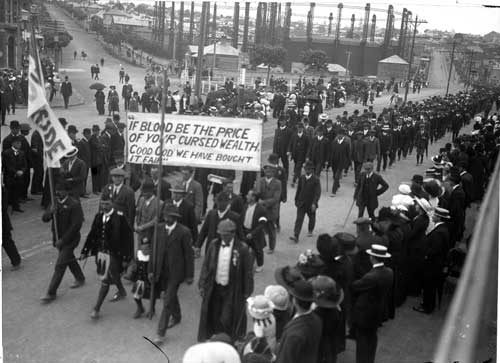 ‘What me vote? Why should I bother? – anyway those councillors just go on and do what they like anyway!

As the local body elections loom this statement and others like it are constant topics around the coffee-table, over morning tea and pub meals.

Sadly the statements are often true especially when elected people ignore the comments and criticisms expressed by the citizens of our District.

However we should always remember that a vote for all is a very powerful and precious privilege that has been carved out for us by our ancestors. There are many countries in the world where the ordinary person is just a bystander who can only watch as powerful dictators or special interest groups run their countries, unusually for personal gain. These autocratic regimes are always corrupt and often involve persecution, ‘disappearance’ and killing of people who disagree with the politicians.

However one should never underestimate ‘people-power’. There have been very vivid examples where the poor, neglected disenfranchised people have risen up and said ‘enough’.

Now of course radical action like this is unknown in New Zealand (apart from the early civil wars of the 1800s or the labour strikes of the first half of the 20th Century) and the major changes in recent New Zealand have been made through the ballot box.

There is always the argument that ‘well I am not a ratepayer’ so it really doesn’t affect me. This too is a fallacy as we all live in dwellings, pay rent and contribute to the running of the household. Rents themselves are imposed by landlords based on rates and charges that they have to pay to the Gisborne District Council on an annual basis. These rate increases are then passed on as increased rent.

Every time we use a road, footpath, park, streetlight, Olympic Pool, theatre, rubbish bins, toilets, library, cemetery, fresh water tap, go to the toilet or are helped by Civil Defence, dog control or noise control we are using facilities and services that we can have a say about. If you feel these facilities and services are not up to scratch or need improving you can make change. There is one chance you have every three years to make such changes and that is to use your vote.

Take the time to learn, read about the key policies that candidates for council say they are going to support. Ring them up and check to see how serious they are. Have a close look at what they have contributed to in the past to help our community grow and thrive. Are the people who are just good talkers or are they people who encourage others to work with them and achieve results for the whole community?

Also make sure that you are enrolled for the election so that you can vote and make your presence felt. Watch for you voting paper in your letterbox mid-September. Nothing could be simpler – you just have to mark the voting paper for the people you want to make the changes you desire and then post the letter the next day (or even better the same day!).

So go on – make a promise to yourself today –“there is a good reason to vote and I will be a well informed voter in the Election 2010”.