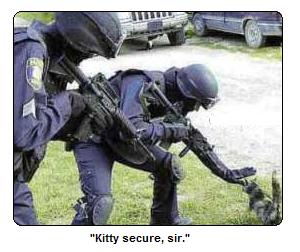 The decision by Gisborne Police last week to change the way they report on crime may have some merit, at least if experiences from elsewhere are anything to go by.

The local controversy reminds me of the Anne Murray song “A Little Good News” we used to sing at school assemblies in 1984:

There’s a local paper rolled up in a rubber band
One more sad story’s one more than I can stand
Just once how I’d like to see the headline say
“Not much to print today, can’t find nothin’ bad to say”

We all want to live in a safe community and both the Police and media can play an important role in reducing crime in our communities. The problem is that because so much of news media content is dedicated to crime stories our perceptions no longer match reality.

A recent Canadian study found that half of newspaper and TV news coverage and two-thirds of radio items were focused on crime, deviance and control. Crime drama has been the most popular genre of television programming since the 1970s.

Richard Ericson in a study entitled ‘Visualising Deviance’ claimed that deviance is the essence of news, ‘the defining characteristic of what journalists regard as newsworthy’.

Professor Ray Surette is an expert in the relationship between the media and crime, he draws a direct link between the ‘profit imperative’ of news media and sensationalising criminal cases by the media. In the case of The Gisborne Herald however we know that the staff commitment to family violence prevention is a key motivator in coverage of not only the crime stories but a much broader public education project that includes discussion from all angles on the issue.

The Journal of Communication published a longitudinal study in 2007 that showed media reporting of crime accounted for the public thinking crime was four times more common than the actual crime rates.

More importantly, research has found that fear of crime produces a range of negative social outcomes. A literature review published in the International Review of Victimology in 1996 found that fear of crime erodes quality of life and well-being, restricts movement, motivates costly precautions, encourages ‘flight’ from deprived neighbourhoods and harms social trust, inter-group relations and the capacity of communities to exercise social control. Seems like a comprehensive list of the things Ka Pai Kaiti and others have been working hard to counter for over a decade in our neighbourhood.

Media portrayals of crime nearly always differ from the official crime statistics and tend to focus on individual cases without examining the broader context of offending. A Ministry of Justice report from 2007 suggests public understanding of offending and the justice system are largely informed by the media but public knowledge of trends in offending and of our justice systems is poor.

Opinion polls that ask simple questions and provide little context show that many people: over-estimate the amount and seriousness of crime, particularly youth offending; think the justice system and sentences are too lenient; and favour punitive responses to offending. More in-depth research, where people are given more information about specific cases, evoke less punitive responses favouring prevention and rehabilitation.

So I guess a challenge for The Gisborne Herald is to continue to increase the amount and quality of in-depth reporting about both the causes and prevention of different kinds of local offending. Another challenge might be to set and monitor a benchmark for stories on local crime as a proportion of overall reporting on local issues. On that issue I think this newspaper would have a better record than most.

Some empirical studies that readers may be interested in include:

One thought on “Safer Communities, Together”