The quality and importance of a number of recent publications from the New Zealand Institute reminded me of the value of independent think tanks. I believe we need a regional equivalent – something like ‘The Gisborne Institute’.

The purpose of such an entity would be to stimulate debate and progress on critical issues facing the region and to influence regional leadership and policy-making – primarily on economic issues but also social, cultural and environmental development.

Such an institute would collect, analyse and promote the best thinking and evidence from local, national and international sources that can be used by everyone in the region to accelerate sustainable economic, social, cultural and environmental development.

To realise this kind of function and to retain any kind of independent voice it would need to be autonomous from but have constructive relationships with political institutions (regional authorities including Council, iwi organisations and central government), local business networks, special interest groups and political parties.

Why do we need an independent entity to stimulate thinking, debate and action? GDC does not have any spare change and is chronically under-resourced for the responsibilities it has to fulfill. Limitations exist within local authorities and interest groups to think outside the box and undertake the robust independent research and analysis required to find solutions to our most pressing issues.

We need locally focused thinking that isn’t constrained by the pressures on politicians and limitations on what they think is possible – even to investigate. We need good research on what works here and elsewhere that can be learned from and adapted to solve our problems. 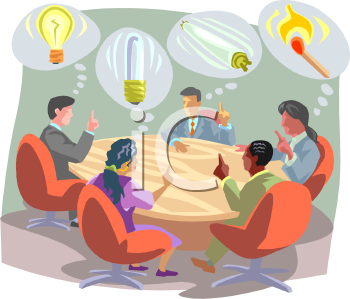 The criteria for choosing issues to work on could be based on similar questions to the three that the New Zealand Institute uses:

Critical issues facing the Gisborne/Tairawhiti region world may include things like:

– population change and positioning the region to attract talent (scientists, entrepreneurs, academics, etc.) and financial investment to support the innovation and development these highly skilled people often need to realise their ideas;

– managing environmental changes including planning for the impact of rapid oil price rises on the region, carbon credit trading, hill country erosion control and the maximising productive use of available land and water resources in the region;

–  increasing net inflows of money to the region from external sources without compromising the assets of the region – primarily through more high value goods and services being sold to customers outside the region;

– cost of living issues including housing affordability and rising fuel and electricity prices;

– reducing disparities in health and education – particularly for young Maori;

– better alignment between the workforce needs of high value industries and training opportunities available to residents;

– the digital divide and the quality/rate of telephone/broadband access in the region.

Such an entity could initially employ just one full time researcher/advisor with a discretionary budget for expert assistance on specific projects, communications and administration overheads.

The institute could exist as a stand-alone organisation or it could be connected to, but at arms length from, the Eastland Community Trust.

A small governance group with representatives from the business and community sectors would oversee the institute with advisory members from the education, cultural and environmental sectors.