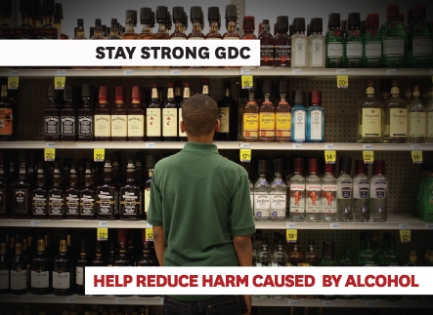 While there has been much justified public concern about at the sale, consumption and effects of synthetic psychoactive substances, there has been no public outrage at a far more dangerous, less regulated and damaging drug. It seems alcohol-related harm is tolerated by the vast majority of Kiwis and Gisborne is no exception:

To their credit it seems Gisborne District Council staff and councillors are finally willing to take on the industry and put tighter controls on the supply of this drug we have come to accept the daily abuse of in our community.

Bold proposals in the Draft Local Alcohol Policy will see sale times at off-license venues like wholesalers and supermarkets limited to between 10am and 9pm, bars and clubs will need to stop selling alcohol by 2am and bottle stores will not be allowed to setup close to schools and other sensitive locations. There will also be a limit on the number of off-license sites and licensees will need to have a plan showing how consuming alcohol in their venue will be managed to ensure safe and responsible drinking.

Tairawhiti Community Voice has encouraged our member organisations to make submissions on the Draft Local Alcohol Policy and we hope many local residents and other organisations do likewise to support the courageous position the Draft Local Alcohol Policy is taking in an effort to help reduce the harm caused by this drug. No doubt the alcohol industry and their well-paid lobbyists will attack the proposed changes. Councils have already been threatened with legal action just for letting locals have more say as the new law allows.

Responding to alcohol lobbyists suggestions that such policy changes are ‘going back in time’, a senior Police officer recently said research and experience confirms that every hour the drinking hours are reduced creates a safer environment. The longer people drink the more intoxicated they become and more harm is caused.

Submissions closed this week and the hearings will be an interesting exercise in local democracy as concerned residents and emergency services face off against the might of the alcohol lobby.